With new features enabling enhanced situational awareness, cyber operations, and nuclear propulsion, the Block II Atom is an order of magnitude beyond the Block I, and promises even greater advantages and capabilities to the Fleet.

The Block II Atom-class is equipped with a revolutionary Low Energy microNuclear Reactor (LENR) to power the Block II's onboard sensor, communication, and information processing modules, and to enable a high rate of propulsive thrust for a submerged cruising speed of 25 knots, and a sprint speed of nearly 40 knots.

The Atom utilizes two external scoop intakes which collect and filter seawater for use by the LENR and onboard cooling system. Heated water is jettisoned via a nozzle located aft, and attenuates via the pumpjet wake to reduce vehicle heat signature and prevent thermal detection.

Propulsion and reactor operations are controlled by the forward mainframe computer. A high-density MS1X lithium ion microbattery provides backup and starting power, as well as a heat source for metal hydride-based hydrogen storage. The battery bank also ensures stable, clean, and uninterrupted power to all onboard systems in the event of LENR damage or malfunction.

All onboard systems are connected via a central conduit which doubles as a power regulator and distribution channel. The conduit utilizes fiber optic cabling for data transmission/reception, and a low loss busbar for electric power distribution. 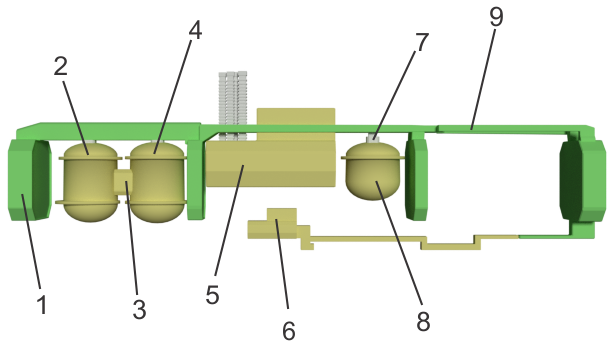 The Atom is well-protected against unauthorized access, and is rigged with sophisticated anti-tamper measures. All mainframes are fitted with a "melt, stir, refreeze" code alteration technology, and Falken maintains the capability to commence an LENR overload in the event the Atom is disabled without the possibility of recovery, or if capture is deemed imminent.

The Block II Atom is equipped with an extensive suite of integrated sonar technologies - bow, flank, and towed - which can be dynamically linked during Strikepod operations to form a wide-area undersea array. The Atom's dual-purpose flank arrays serve as both a long range, high-low frequency sonar and a high bandwidth underwater datalink. The smaller array flanking the payload module is largely dedicated to CLAXEM operations (see Weapons & Effects: Non-Kinetic).

The Block II's towed sonar array is spooled behind the sail along with the undersea communication antenna.

The communication antenna is deployed by a Relay-designated Atom to transmit data from operational Strikepods to in-theater surface, air, or space assets, and to receive C2 tasking. Relays often transmit while hovering near the surface, but are capable of operating deep within the water column or on the seabed. In order to deploy at depths in excess of 40 meters, the antenna aparatus contains a lightweight oil solution to prevent pressure damage.

The Block II Atom is also equipped with a number of non-acoustic sensors. A Wake Element Detector (WED) detects subtle refractive changes in the surrounding water, as well as traces of radionuclides and other chemicals left behind by adversary undersea craft. A Magnetic Anomaly Detector (MAD) detects slight variations and distrurbances in the Earth's magnetic field which can be produced by a large metallic object such as a submarine, and is fully integrated with the CLAXEM, enabling the Atom to emulate adversary magnetic signatures during decoy engagements. The effectiveness of the WED and MAD is greatly enhanced during Strikepod operations when Block II Atoms are dynamically linked to generate a wide-area undersea sensor array.

Finally, like the Block I, the Block II Atom possesses various optical, radar, and ESM sensors, including: 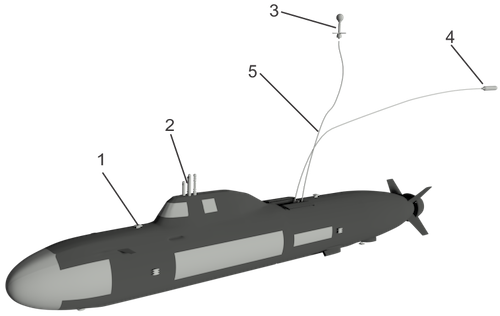 The Block II Atom is capable of producing a number of undersea effects, both kinetic and non-kinetic, providing commanders with a flexible and adaptive platform for offensive operations.

One of the signature capabilities of the Block II Atom is the clandestine penetration of enemy undersea networks via the Clandestine Access and Emulation Module (CLAXEM). This is accomplished in one of two ways:

Upon successful penetration and activation of the TIIP, data is written to Mainframe Three, and may also be transmitted simultaneously to Strikepod Relays using a small transmit/receive array fitted to the CLAXEM itself, or via the Atom's smaller flank array. 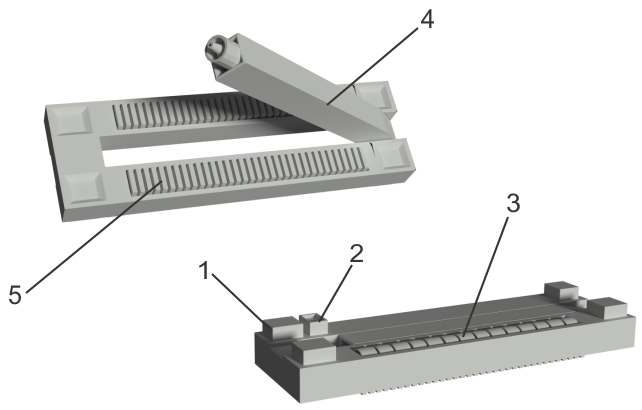 The CLAXEM also includes a high-powered electromagnet for securing to metallic surfaces. The Block I's Turbo-Injected Quadhook (TIQ) assembly has been superseded by the Block II CLAXEM's Turbo-Injected Intercept Probe (TIIP), which doubles as an anchor for attaching to rubberized (i.e. anechoic) surfaces.

The Block II, like the Block I, is fully capable of carrying out offensive combat or strike operations against surface, subsurface, and seabed targets. These kinetic operations can be either "true" kinetic, wherein the Atom uses its high speed to ram the target, or explosive, wherein it approaches the target and detonates a preloaded high-yield, high-density nanoexplosive warhead module.

True kinetic operations can be carried out by any mode-designated (i.e. Rogue, Remora, or Relay) Atom without pre-mission configuration. However, rigging the Atom for an explosive strike requires swapping the towed sonar/communication suite for the warhead module. Despite its small size, the Atom is capable of achieving a mission kill against targets considerably larger than itself, particularly during Strikepod operations involving numerous kill vehicles.

More than ever it is critical that the United States out-innovate its adversaries. At Strikepod Systems it is our mission to envision the coming era of unmanned undersea conflict, and to assist warfighters and policymakers navigate the challenges and opportunities micronaval warfare will present. The Block II Atom-class microsubmarine will ensure that the United States Navy remains at the forefront of innovation, and is uniquely positioned to dictate the conditions of global security as we move into the era of autonomous undersea conflict.