Since the early days of the Cold War, the United States and its adversaries have engaged in a high-stakes undersea game of cat and mouse, a game which, though fraught with danger, serves to keep the peace in a world seemingly bent on war. While the barriers to gameplay are great - financial, material, and the political will to risk human life in pursuit of naval power - so too is the responsibility to play within well-established, if unwritten, rules of engagement.

But that is about to change.

Beginning in early 2007, U.S. intelligence began receiving information indicating the existence of highly secretive unmanned weapons programs within both the Russian Navy and the PLAN. These deep black programs, staffed by a relative handful of scientists working in state naval research labs, were happening in parallel with comparatively less dramatic private sector AUV research, the fruits of which were on display regularly in academic journals, trade shows, and social media, helping to obscure more ominous efforts that could potentially blunt U.S. naval power. More than ever, it was imperative that the United States out-innovate its adversaries, and development of the Atom-class microsubmarine began.

After years of painstaking analysis and speculation, IC suspicions were confirmed when, in early 2016, a disabled Russian Istina-class microsubmarine was recovered off the coast of Cape Charles, Maryland. The Chesapeake Bay Incident, as it came to be known, was a stark warning of things to come, as only ten months later, with crowds descending on Baltimore Harbor for Fleet Week and the commissioning of the U.S. Navy's newest destroyer, USS Zumwalt, Istinas and newly commissioned Atom-class microsubmarines would square off under the surface in what would be the first autonomous combat engagement, the Battle of Locust Point.

The micronaval era had begun. 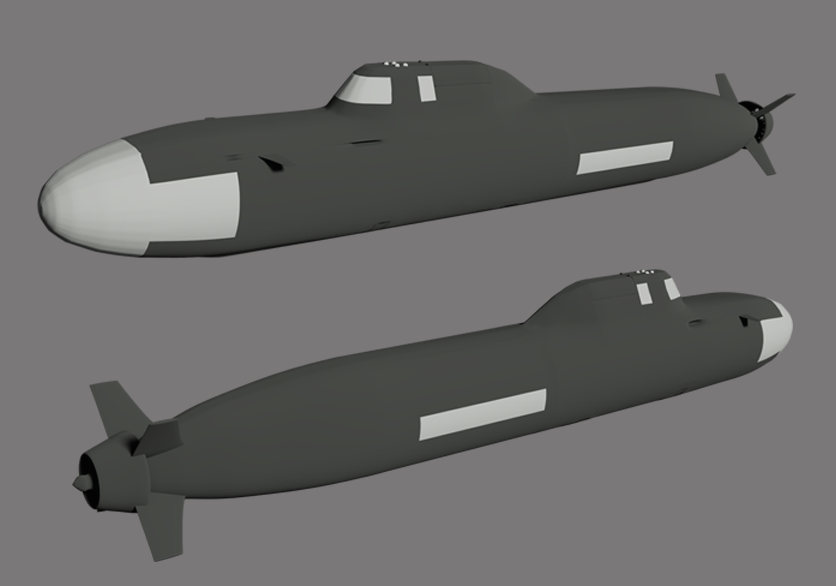 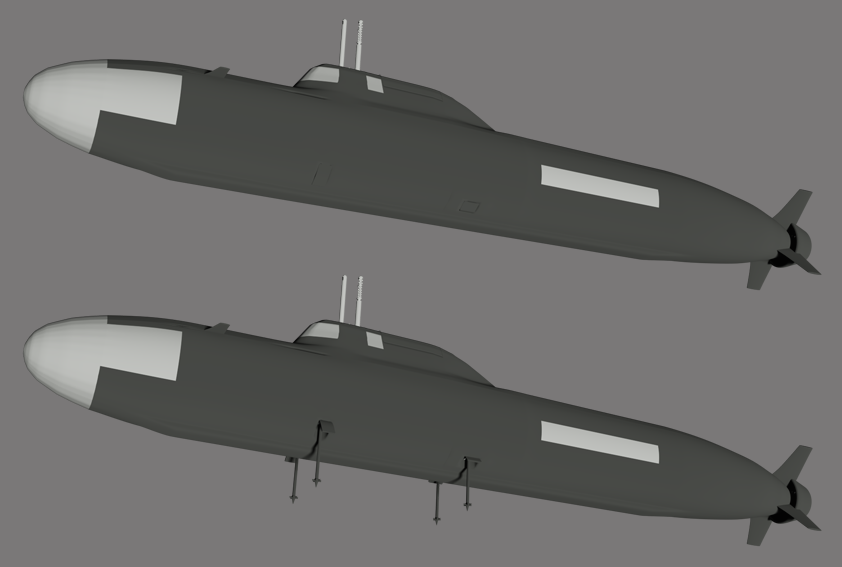 There are three variants or "modes" of the Atom-class:

Each vessel is mode-configured prior to deployment, but is capable of dynamically reconfiguring at a moment's notice, providing a highly adaptive, redundant platform to ensure mission success.

Strikepods can be comprised of any number of vessels depending on the nature and complexity of the mission at hand. For example, a routine, low-risk survey or ISR mission may necessitate only a handful of vessels - a single Rogue and two Relays, perhaps. Whereas a more complex, covert ASW mission working within a wide operating grid may involve two or more Rogues and Remoras (for localization and tracking) and several Relays (to ensure uninterrupted communications and data integrity).

What has come to differentiate undersea warfare in the micronaval era from the cat-and-mouse missions of the manned era is the nature and frequency of combat.

The development of unmanned undersea craft has been, until now, largely driven by non-combat requirements. AUVs have assumed roles in oceanographic research, deep sea recovery, ISR, and other roles deemed too risky for human involvement, but have not been weaponized due to the myriad technological challenges, as well as ethical concerns, surrounding autonomy. But with those challenges now overcome, and advancements in adversary programs continuing unabated, the need for an autonomous, unmanned, combat-capable platform is critical.

Microcombat, or combat between m-AUVs, is markedly different from conventional submarine combat. There are no projectiles (i.e. microtorpedos, etc.). Rather, a vessel maneuvers to within striking range, at which point it detonates its explosive payload, destroying or disabling the enemy vessel, but also destroying itself in the process.

Because Atom-class submarines operate collaboratively in Strikepods, adversary vessels are at a distinct disadvantage. While both the Istina and the Shāyú appear to incorporate network functionality, they appear not to be designed to operate within a distributed network, but rather as solo actors.

A VISION WHOSE TIME HAS COME

The unmanned era is upon us, and more than ever it is critical that the United States "out-innovate" its adversaries in order to remain ahead of the strategic curve. At Strikepod Systems we have made it our mission to envision the coming era of unmanned undersea conflict, and to provide warfighters and policymakers with the innovative thinking they need to navigate the challenges and opportunities micronaval warfare will present. The Atom-class microsubmarine will ensure that the United States remains at the forefront of innovation, and is uniquely positioned to dictate the conditions of global security as we move into the unmanned era.