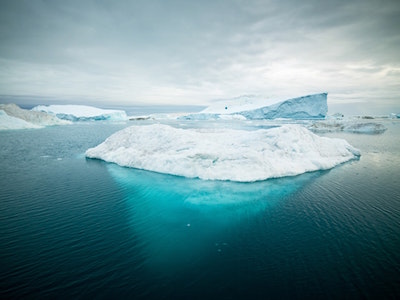 Project AMBER is underway to assess the viability of the Atom-class microsubmarine and Strikepods as a full-spectrum Arctic seabed warfare platform.

Until recently, when considering the Atom-class for mine warfare (MIW), we envisioned it as an extension of a surface vessel's organic sensor capability - that is, a highly advanced mine countermeasures (MCM) package that could be distributed broadly throughout the fleet. However, as the U.S. Navy's thinking on MIW is evolving, and both Russia and China have taken a sharp interest in unmanned systems and seabed warfare, this vision must be significantly broadened in light of the potential for conflict occurring on or near the ocean floor.

Project AMBER seeks to establish the Atom-class microsubmarine and its operational formation, the Strikepod, as the Navy's premier platform for seabed warfare. Rather than relying on fixed undersea infrastructure, or the placement of static bottom munitions or CAPTOR-style mines, the modular, mobile Atom-class can assume the role of either sensor or effector, from sonar array to communications node to weapon, whether mobile, hovering, or fixed on the seabed, dynamically reconfiguring at a moment’s notice to compensate for losses or malfunctions and ensure mission success. A Strikepod can deploy to the seabed, activate its sensors, then proceed to detect, identify, and engage hostile targets on or below the ocean surface. It can then remain fixed in place until recalled - replenished and repositioning as needed - or "pack up" and transit to an entirely new location.

Thirty Atom-class microsubmarines are currently deployed to ICEX 2018. Eighteen of these have been fitted with the new Advanced Seabed Warfare (ADSEWA) module, which houses a suite of improved undersea communications and electronic warfare technologies, as well as highly advanced pressure, magnetic, and acoustic sensors, including the Seabed Static Array System (SEASTAR). SEASTAR is a passive microsonar array that deploys from a seabed-based Atom-class via a hatch located aft of the sail, and extends upward through the water column to a height of up to fifty meters. A towed version of SEASTAR is currently under development, which would greatly enhance the Atom's hull-mounted microsonar and enable a Strikepod to effectively act as a roving minefield, providing wide operating coverage during A2/AD operations.

Project AMBER will unfold in four distinct phases during the course of ICEX 2018:

Data collected from AMBER will enable accelerated deployment of seabed warfare Strikepods to the fleet.