Strikepod Systems today unveils an integrated undersea system designed to provide persistent, wide-area forward deployment of Strikepods, and to protect the United States homeland from undersea threats. Autonomous Undersea Denial Networks (AUDENs), comprised of Block I and Block II Atom-class microsubmarines and associated infrastructure, will provide the Fleet with a powerful, flexible, and lethal platform for sea denial and maritime security operations, and will also form the backbone of the Atlantic (AUDLANT) and Pacific (AUDPAC) Undersea Defense Systems.

Early in 2017, in the wake of the Battle of Locust Point and numerous subsequent incursions by Istina-class microsubmarines, as well as increasingly alarming intelligence regarding Russia's Status-6/KANYON/Poseidon autonomous nuclear torpedo, Strikepod Systems was charged with rapidly prototyping an undersea system that would detect, identify, track, and engage enemy undersea threats to the U.S. homeland. The result is the Autonomous Undersea Denial Network (AUDEN), a highly flexible undersea defensive system comprised of sensor and effects-based Atom-class microsubmarines deployed to the seabed and/or water column. The centerpiece of each AUDEN is a compact module that can be rapidly deployed from submarines, surface ships, or aircraft.

Each Network is comprised of Block I and Block II Atom-class microsubmarines and AUDEN modules - undersea infrastructure providing power, communications, and data transmission. AUDEN modules are highly portable and can be quickly deployed from surface, subsurface, or airborne assets as a permanent or semi-permanent seabed emplacement. They can also be suspended in the water column for nearly unlimited duration. 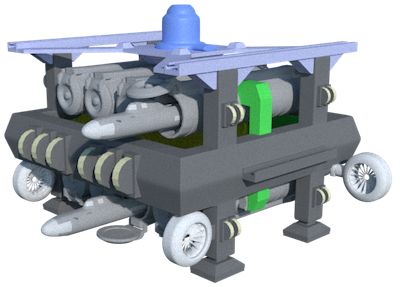 Each module houses eight Block I Atom-class microsubmarines, and is equipped with a revolutionary micro Low Energy Nuclear Reactor (LENR) to power onboard systems as well as cannisterised inductive chargers to service the Block I's EHD (Extremely High Density) MS1X lithium ion microbattery. The AUDEN module was conceived and developed around the Block I Atom-class, which requires recharging after approximately 120 hours. The Block II Atom-class, however, is equipped with its own onboard micro-LENR. A full AUDEN emplacement can be comprised of any mix of Block I and Block II Atoms, with the latter extending effective sensor range and providing greater standoff attack capability.

The AUDEN module is self-propelled and capable of underwater propulsion using rim driven thrusters which are folded during transport, enabling a compact dimension of 2.3 meters in both length and width, and 1.78 meters in height. Navigation and communications are controlled via multifunctional arrays located throughout the main structure. An inflatable buoy enables communication with air, surface or space assets.

The air-dropped variant utilizes a rail apparatus for cargo bay handling and release, and a parachute for controlled descent. Upon splashdown, a small pyrotechnic charge disengages the parachute assembly, allowing the module to submerge as its ballast tanks fill. 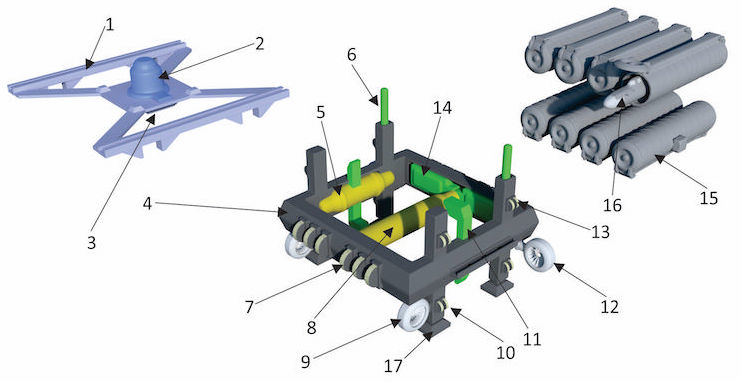 On August 1, 2019, AUDLANT and AUDPAC will officially commence operations. Both systems will provide persistent undersea surveillance of coastal areas to detect, identify, and, if necessary, engage undersea threats to the United States homeland.