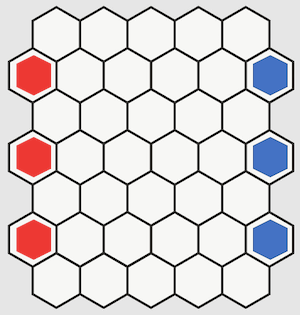 With the threat of nuclear war dominating the news cycle as of late, and with the Russian Poseidon, a nuclear-armed, nuclear-powered torpedo/AUV, now a part of that conversation (albeit in an often hyberbolic and ill-informed way), I have developed a tactical microgame variant of Strikepod Command called Counter Poseidon. It is fluid and fast-paced, and relies on very few rules, making it a highly playable and insightful game (I think). It requires two players, and can be played in just a matter of minutes (or seconds) with only a small hex gameboard, a D20 die, and two to five counters - one to represent a Poseidon, and three to represent conventionally-armed and powered torpedoes. The game's premise: the Poseidon is attempting to transit a region of water space while enroute to its target. The target is being defended by conventional torpedoes - either standard, sub-launched heavyweight torpedoes, such as Mk-48 Mod 7 CBASS anti-surface/anti-submarine heavyweight torpedoes, or lightweight Mk-54 anti-submarine torpedoes, which can be launched from surface ships or ASW aircraft, and will also be featured in the Navy's forthcoming Hammerhead encapsulated torpedo mine. The torpedo(es) must destroy Poseidon before it can reach one of the three blue hexes.

The analytic objective of the game is to explore the possibility of using slower, but maneuverable conventional torpedoes to defend against a faster, but less maneuverable Poseidon. (I explored this possibility previously in a previous post - "Countering Poseidon.") As a microgame, gameplay moves quickly, enabling multiple rounds to be played in one session. The game scales well to larger playing surfaces, and the full version of Strikepod Command: Counter Poseidon will utilize multiple undersea vehicles (Strikepods) to simulate a range of attack/counterattack scenarios.

NOTES ON TECHNOLOGY, RULES, AND MECHANICS

[SEE BELOW FOR CHANGELOG]

The game is designed to simulate the performance characteristics of the Poseidon and conventional torpedoes. Players start in any one of three colored hexes along opposite edges of the game board (Poseidon - red, the torpedo(es) - blue). The torpedo player can play up to three torpedoes, although initial playtesting indicated that, given the spacial constraint involved, the game works best with either one or two (your mileage may vary). Poseidon's objective is to reach one of the blue hexes. The torpedo's objective is to destroy Poseidon before it can do so. Players move in an alternating fashion, attempting to outmaneuver each other in pursuit of their objective. The movement of each player is designed to reflect the relative speed and maneuverability strengths or Poseidon and conventional torpedoes. Initial game testing indicates (as I've explored previously here and here) that autonomous undersea combat resembles air combat, wherein the goal is to outmaneuver and gain an attacking position on the opponent.

The Poseidon
The Russian Poseidon is a nuclear-powered, nuclear-armed, autonomous torpedo, although it can also be considered an autonomous underwater vehicle (AUV). The weapon is designed to be launched from a torpedo tube from either the Belgorod, a modified Oscar II-class nuclear powered special purpose submarine, or from a forthcoming purpose-built class of nuclear-powered submarine, the Khabarovsk-class. (There are also reports that a seabed launched variant, "Skif," may also be under development.) While many details of Poseidon are a matter of speculation, the vehicle is generally assessed to be approximately 20 meters (64.5 feet) in length, 2 meters (6.5 feet) in diameter, capable of speeds in excess of 70 knots (with some reports indicating 100 knots), and reaching depths of 1000 meters. It carries a nuclear warhead with a reported yield of anywhere from 2 to 100 megatons, and with its nuclear power plant, the weapon is considered to have nearly unlimited endurance, providing it with intercontinental range. Although initially branded a "multipuropose oceanic system," suggesting the vehicle may have a multi-mission capability, it appears primarily intended as a nuclear weapon delivery system for use in attacking enemy ports and coastal facilities, as well as carrier strike groups. Poseidon is currently still under development, with reports that it may be deployed as early as 2027. It is rumored to be currently undergoing testing in the White Sea.

The Torpedoes
The Mk-48 Mod 7 Common Broadband Advanced Sonar System (CBASS) torpedo is the U.S. Navy's submarine-launched anti-surface and anti-submarine heavyweight torpedo. (It is also in service with the Australian, Canadian, Brazilian, and Dutch navies.) Officially, its speed is greater than 28 knots, its depth greater than 1200 feet, and its range greater than 5 nautical miles, however these figures are estimated to be much higher (speed of 55kts, range of 25nm).

The Mk-54 is a U.S. Navy lightweight anti-submarine torpedo that can be fired from surface ships equipped with either torpedo tubes or a vertical launch system (VLS), as well as anti-submarine warfare (ASW) aircraft. It is also the weapon of choice for use in the Navy's Hammerhead encapsulated torpedo mine, currently under development by General Dynamics. 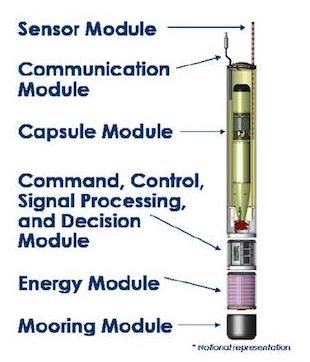 The Hammerhead is designed to be deployed to the seabed and, using advanced acoustic, magnetic, and pressure sensors, to detect, identify, and engage enemy submarines. It would therefore theoretically be well suited to engaging Poseidon, which is essentially a miniature unmanned deep-diving submarine. The Mk-54 is reportedly capable of speeds in excess of 40 knots, with a range of 5 nautical miles.

Speed, Maneuverability, and Movement
Poseidon's tactical advantage is its high speed - reportedly much higher than conventionally-powered standard heavyweight or lightweight torpedoes. To simulate the difference in speed, the Poseidon can move up to two hexes (one for when traveling slower, two when traveling faster) in a single game-turn, while the torpedo may only move one. The torpedo's tactical advantage is its maneuverability. To simulate the difference in maneuverability, the torpedo can turn either 60°, 120°, or 180° in a single game-turn and move one hex. The Poseidon can also turn 60° and move one hex. However, to turn 120° Poseidon must use one game-turn. To turn 180° it must use two game turns - once to turn 120, and once to turn 60.

Passive vs. Active Sonar
Version 1.0 assumes full situational awareness for both players. This could mean than both the Poseidon and the torpedoes are employing active sonar to maintain a track on their opponent. Given that Poseidon is nuclear powered, however, and that, in general, there is a trade-off between speed and stealth in the undersea domain, the torpedoes could conceivably rely on passive sonar for detection and tracking, and active sonar for terminal homing.

Depth
The game also only occurs in the horizontal plane - i.e. there are (currently) no mechanics to simulate changes in depth.

Autonomy
The game assumes that both the Poseidon and the torpedoes are operating in fully autonomous mode. The torpedoes are not under semi-autonomous control from a manned platform via command wire, which would potentially make them more accurate and capable of ignoring countermeasures.

Combat
Given that the specifics of undersea combat are largely shrouded in secrecy, and there is little data to draw upon that would assist in simulating a conventional torpedo intercepting a fast mover like a Poseidon, the game makes some assumptions. In order for the torpedo to attack Poseidon, it must occupy the same hex. With the torpedo and Poseidon now at close range, Poseidon must roll a D20 to determine whether the torpedo attack was a hit or a miss. If the torpedo rolls a 13 or higher, the attack hits. This roll is derived from an assumed kill probability (pK) of 40% (see discussion below). If the attack is a miss, the torpedo must then roll a D20 to determine whether it not only missed Poseidon, but also experienced a proximity detonation. The game estimates there is a 50/50 chance of this occurring, and therefore with a roll of 10 or less, the torpedo detonated during its failed attack. (If playing only one torpedo, the game is over, and Poseidon wins.) With a roll of 11 or higher, the torpedo did not detonate, and gameplay continues.

Kill Probability (pK)
Entire studies could be (and likely will be) devoted to this topic alone. For purposes of Counter Poseidon, the goal is to derive a reasonable pK that will enable playability while also providing the most realistic portrayal of events. Analogs for a Poseidon vs. torpedo engagement are difficult to obtain. The closest, of course, would be a submarine vs. torpedo engagement, however submarines are actually slower targets than torpedoes, and the kill probability is found to be in the 17-25% range (see Probability of kill for VLA ASROC torpedo launch (Valerio, 2009) and Can China Take Taiwan? (O’Hanlon, 2022)). Interestingly, the pK for the CAPTOR mine, the Cold War precursor to the Hammerhead, was 30%. But this was in 1979, and there have been significant advancements in sensor capabilities since then. Moreover, these figures are derived based on the entirety of the tactical engagement - i.e. from the moment of launch to the moment of strike. In Counter Poseidon, the die roll is occurring during the terminal homing phase of the torpedo attack - i.e. the torpedo has already successfully detected, tracked, and homed in on its target. Therefore, at least in theory, the pK should be higher, which is why it is 40%. Note that this number is unscientific, and a purely intuitive estimate based on factors such as countermeasures, miscalculation, or malfunction. Players are of course free to revise the die rolls as they see fit, according to whatever they believe is a reasonable pK estimate.

There are two different printer-friendly formats of Counter Poseidon available: 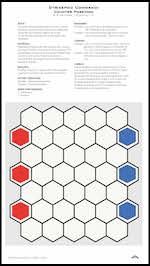 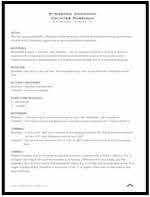 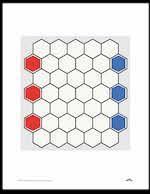 Constructive feedback is most welcome: david.strachan@strikepod.com, or @Strikepod. Thanks for playing!