THE FOLLOWING INTELLIGENCE REPORT IS A WORK OF REAL-TIME SPECULATIVE FICTION.

▶︎ Intrusions are likely meant to test U.S. port defenses as well as the political resolve of the Biden administration. Similar activity was observed in the weeks prior to, and months after, President Trump's inauguration in January, 2017.

▶︎ Contacts in the Pacific Northwest are unidentified, but acoustic intelligence and a confirmed detection of a PLAN Shang-class SSN operating 90 nm W/NW of Vancouver Island, suggests these contacts could be Chinese Shāyú-class microsubmarines.

▶︎ While current U.S. policy is to avoid officially acknowledging adversary microsubmarine intrusions into U.S. territorial waters (in an effort to dissuade adversary acknowledgment of comparable U.S. operations), this will become increasingly difficult to sustain as the nature and frequency of intrusions risks igniting a crisis that spills over into the public domain.

Since 2016, Strikepods have been deployed along both coasts of CONUS in an effort to deter intrusions by adversary microsubmarines. Structured patrols began in October, 2016, under Operations ROBUST PROBE, APERTURE DRIFT, and COBALT LENS after four Russian Istina-class microsubmarines were detected while operating inside the Chesapeake Bay. The ROBUST PROBE area of responsibility stretches from the Chesapeake Bay/James River region, north to Cape May, New Jersey, and south to Virginia Beach, Virginia, while APERTURE DRIFT covers the waters in and around Naval Base San Diego. Operation COBALT LENS covers the waters in and around fleet ballistic missile submarine (SSBN) bases Kings Bay (Georgia) and Kitsap (Washington).

The Istina is based on the Oscar II SSGN. It is equipped with a wide range of advanced undersea communications technologies and sensors, including flank, bow, and topside sonar arrays, front and rear facing high definition video, and a micro-SOKS system for wake detection. U.S. intelligence first learned of the Istina program in 2015, approximately eighteen months before a disabled Istina was discovered by a local fisherman off the coast of Cape Charles, Virginia in what became known as the Chesapeake Bay Incident, the precursor to the Battle of Locust Point.

Since then, Istinas have been detected intermittently in U.S. territorial waters. In one particularly high-profile incident, a sailor standing watch aboard the USS Laboon while moored at Naval Station Norfolk spotted what was believed at the time to be a scuba diver, but which was later determined to be an Istina. A surge in Istina detections that followed was believed to have been a test of the Trump administration's resolve regarding gray zone micronaval operations.

After experiencing design problems and production delays with the original Block I model, the improved Block II Istina (of which three were involved in the Battle of Locust Point), is now in full production at a rate of approximately 21 units per month, with a planned run of 145. The estimated unit cost is $735,000, for a total platform expenditure of $106.6 million.

We estimate that approximately 55 Istinas have now been deployed on surface and subsurface platforms throughout the Russian Navy according to the following fleet distribution: Northern (18), Black Sea (10), Baltic (9), Pacific (18). At this time we do not believe there is an air-dropped variant of the Istina either in service or in production.

The Shāyú is modeled on the PLAN's proposed fourth generation SSBN, the Type-098. MASINT obtained during microsubmarine engagements has confirmed that, like the Atom-class and the Russian Istina, the Shāyú utilizes micronuclear propulsion. Its microreactor powers all onboard systems as well as a pumpjet propulsor, while the "Tri" shaped stern and blended sail/diving planes provide the Shāyú with impressive maneuverability. A series of hatches along the top of the hull are used to deploy microbuoys ("data bubbles") during ASW operations, and to provide clandestine communication when surfacing is not possible. Strikepods have engaged Shāyús in the South China Sea on several occasions, including during Operations ROUNDHOUSE and EMINENT SHADOW.

There have been no confirmed intrusions of U.S. territorial waters by Shāyú-class microsubmarines.

On six different occasions in the past thirty days, adversary microsubmarines have been detected near sensitive U.S. and allied naval installations located on both the east and west coasts of the United States. 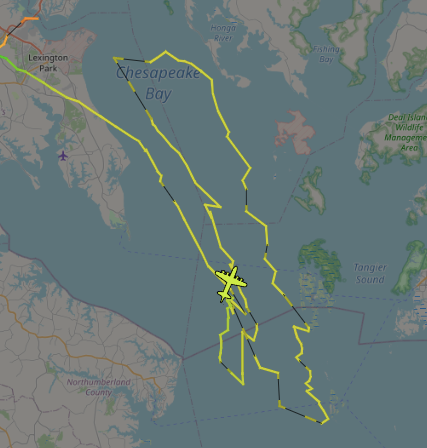 Istinas were detected during a joint operation with Test and Evaluation Squadron VX-1 out of NAS Pax River. At 1255 local, MC-4Q WEAVER departed NAS Pax River for systems integration testing. At approximately 1330, WEAVER detected a transient surface contact at approximately 23 NM to the southeast (all nearby traffic was confirmed via AIS). WEAVER vectored ORANGE to a position approximately 20 NM E of Rehoboth Beach, Delaware. Passive sonar acquired four contacts moving SE at 10 kts. 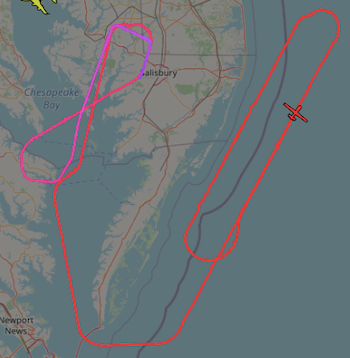 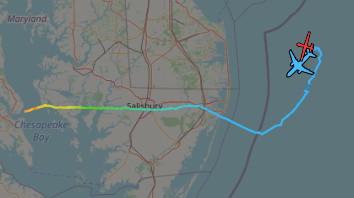 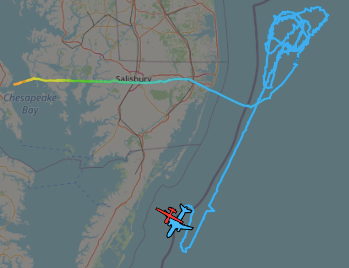 Contacts were tracked southeast along the coastline. Coordinated killbox operations commenced at 1425, but contact was lost at approximately 1435. 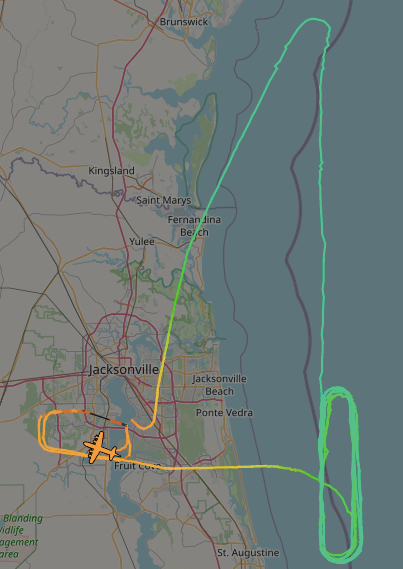 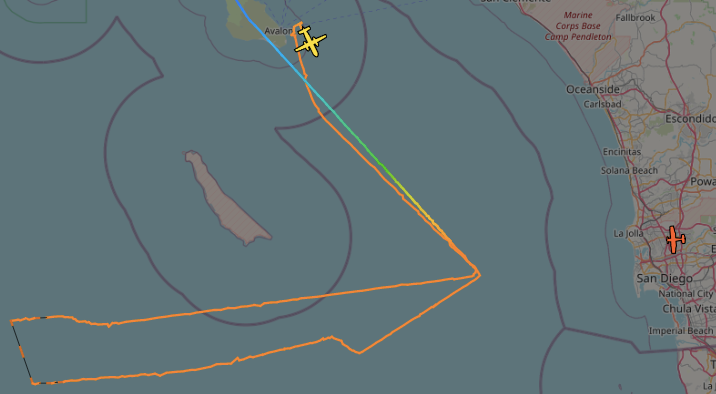 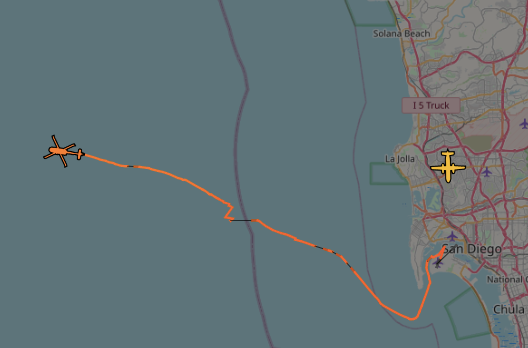 Sea Stallions BEAST-1 and BEAST-2 were scrambled to provide ASW support for WOLF while DAGGER continued its track. Using a surfaced Relay, WOLF provided tracking and targeting data for ADG operations. BEAST-2 deployed three ADGs which detonated at a depth of 5 meters, successfully stunning and disabling one target, identified as an Istina-class microsubmarine and later recovered by responding surface units. Remaining contacts escaped at high speed to the southwest where they rendezvoused with remaining Istinas and continued W/SW. Contact was lost at 1255 approximately 55 NM SW of NBSD. 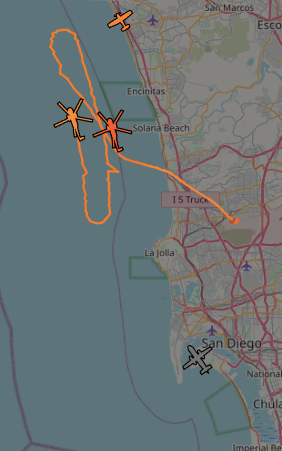 At 1440 local time, Canadian CP-140 RAMPART scrambled to prosecute intermittent contacts detected inside the Canadian Forces Maritime Experimental and Test Ranges (CFMETR) in the Strait of Georgia. Strikepod GHOUL(6) was vectored from the COBALT LENS AOR to assist, arriving on station at 1545 local, but failed to acquire contact. Acoustic intelligence obtained via range sensors and deployed sonobuoys suggests a possible Shāyú-class microsubmarine intrusion. 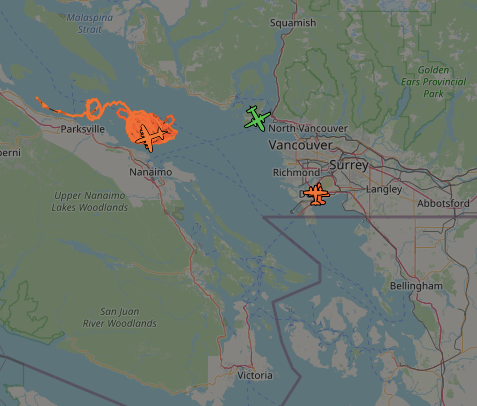 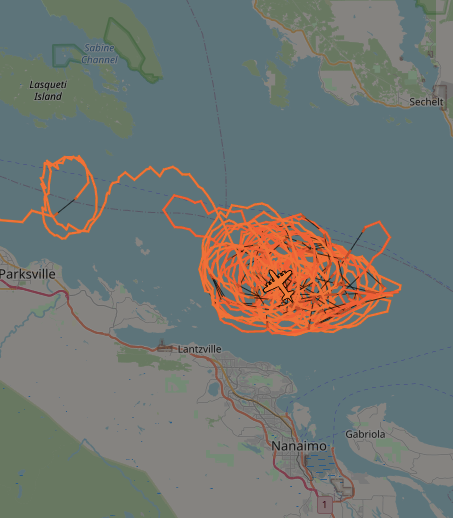 Adversaries have become bolder in their undersea intrusions into U.S. and allied territorial waters.

Current rules of engagement mandate that Strikepods refrain from kinetic attack unless adversary microsubmarines display hostile intent toward manned or high-value unmanned platforms, or if they penetrate port security perimeters.

Current U.S. policy is to avoid officially acknowledging adversary microsubmarine activity inside U.S. territorial waters in an effort to dissuade adversary acknowledgment of comparable U.S. intrusions. This tacit agreement will become increasingly difficult to sustain as the nature and frequency of intrusions risks igniting a crisis that spills over into the public domain.

In the absence of an official U.S. response, adversary microsubmarine intrusions into U.S. territorial waters will continue to increase in frequency and will encompass an increasingly wider range of ports, coastal facilities, and inland waterways. While current U.S. policy serves to ensure the clandestinity of U.S. microsubmarine operations, it is based on a tenuous, tacit agreement that will become increasingly unsustainable, and will eventually require publicly acknowledging adversary activity inside U.S. territorial waters. It will also necessitate a policy response that deters and/or punishes future adversary intrusions while simultaneously limiting potential blowback due to exposed U.S. microsubmarine operations in adversary waters.