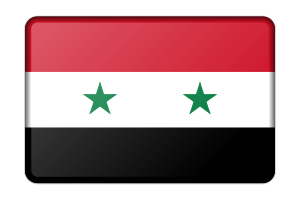 Strikepods have been prosecuting Operation INDIGO CLOAK in the Persian Gulf since October, 2017, engaging in mine countermeasures (MCM), intelligence, surveillance and reconnaissance (ISR), and anti-submarine warfare (ASW). In particular, Strikepods have been tasked with monitoring Iranian micronaval activities, including the Qom-class microsubmarine.

In the early evening of April 11, 2018, Strikepods deployed to Operation INDIGO CLOAK in the northern Persian Gulf reported a surge in Qom detections, suggesting a large sortie of Iranian micronaval assets was underway, possibly from Ghadir-class midget submarines, small IRGCN vessels, or civilian vessels operated covertly by IRGCN personnel. The sudden sortie suggested it was a response to President Trump's rhetoric regarding Syria's April 7 chemical weapons attack, and Tehran's suspicion that a retaliatory strike could take the form of TLAM's fired from U.S. vessels operating in the Gulf.

Early on April 12, two 10-ship Strikepods (EDEN and MAKO) were vectored onto the USS Higgins (DDG-76) area of operations, presumably in response to a warning order received in advance of an imminent strike.

At 0230 local time on April 14, Strikepods EDEN and MAKO detected approximately 24 small targets moving at 20kts toward Higgins from the north and east. Targets were quickly identified as Iranian Qom-class microsubmarines.

For the next two hours, as Higgins prepared for and executed its strike mission, Strikepods EDEN and MAKO engaged in a battle with twenty-four hostile Iranian Qom-class submarines in the waters below.