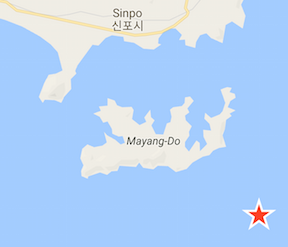 Today at 1812Z, Strikepod Tango-1, operating approximately 3km southeast of Mayang-Do, engaged what we believe to be a North Korean Gwisin-class microsubmarine.

Tango-1 continued around the clock monitoring of Minnow-2 at a range of approximately 1.2km, and a depth of 3.5m, reporting on its position every two hours.

Why did the Gwisin attack?

At this time, there has been no official response from Pyongyang.

What We Know of the Gwisin-class