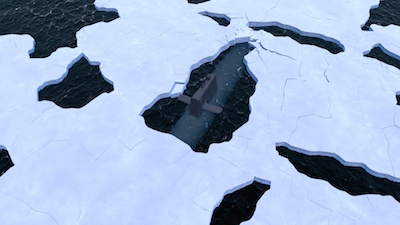 Five six-ship Strikepods will be joining the USS Connecticut, USS Hartford, and HMS Trenchant under the Arctic ice to participate in the U.S. Navy's Ice Exercise 2018 (ICEX), a biennial, five-week exercise designed to "assess its operational readiness in the Arctic, increase experience in the region, advance understanding of the Arctic environment and continue to develop relationships with other services, allies and partner organizations."

The Atom-class is no stranger to cold water, having spent three weeks in the region during Arctic sea trials in early 2016. However, this will be the first active deployment of the microsubmarine and Strikepods in support of naval activities in the polar region.

The Arctic is increasingly a region of strategic importance both to the United States and near-peer competitors Russia and China. In addition to the estimated billions of barrels of oil, and trillions of cubic feet of natural gas (16-26% of the Earth’s undiscovered reserves) hiding beneath the seabed, the melting polar ice cap is opening up potential new sea lines of communication.

While undergoing upgraded system testing, as well as refining Strikepod operations and platform interoperability, we will also be closely monitoring adversary under-ice operations, including ASW, seabed development, and micronaval activities.