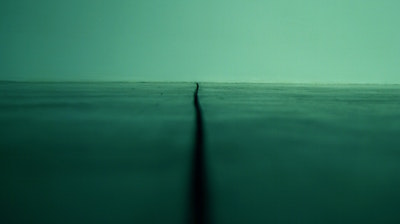 -| Part one of this series, Status-6 & Micronaval Priorities, can be found here. |-

On February 20, while addressing the Russian Parliament, President Vladimir Putin announced that the Poseidon (aka Status-6 or KANYON) autonomous undersea nuclear torpedo had successfully completed sea trials, and that it was on schedule to deploy this spring on a "nuclear powered submarine," presumably Project 09852 Belogorod. Russian MOD released video footage purportedly depicting the interior of test submarine Sarov, as well as a test round being fired.

With its deployment now imminent, the urgent question before us is whether and to what extent Poseidon, as well as other as-yet undeveloped autonomous undersea weapons, should be taken into consideration when developing the next generation of comprehensive missile defense.

Thus, if we are to understand Poseidon as an intercontinental undersea missile, one that has been designed specifically to penetrate existing missile defenses, and one that the Pentagon explicitly recognizes as a potential threat, then it seems reasonable to include Poseidon in the larger missile defense discussion.

Poseidon possesses some of the same characteristics as an intercontinental ballistic missile, but is, in several ways, more concerning than an ICBM or hypersonic weapon.

Given that Poseidon is a missile that threatens both the continental United States, U.S. allies, and U.S. forces abroad, any future missile defense master plan must include countering this unique threat, and integrating the countermeasures into U.S. missile defense operations.

As we suggested in Part I of this series, a Strikepod, or group of Strikepods, could be configured as an undersea defense network to intercept, disrupt and/or destroy incoming Poseidon attacks. But critical to this mission would be first detecting and closely monitoring Poseidon launch platforms and Skif seabed deployments in order to maximize warning lead time.

As also indicated in Part I, there are two likely deployment options under consideration by Russian planners: Strategic Bastion, similar to the Soviet and post-Cold War Russian practice of keeping SSBNs close to shore in areas heavily defended by sea and land-based ASW assets, and Strategic Dispersal, scattering Poseidons regionally or globally, both within host platforms and on the seabed, to increase survivability by presenting multiple autonomous, independently targeted vehicles.

Russian attack submarines will sanitize the Barents and White Seas in advance of host platform (i.e. Belgorod, Khabarovsk) deployments. Strikepods should therefore be positioned well inside the White Sea, loitering approximately 2km N/NW of the port's breakwater, in order to acquire and track them as they sail from Severodvinsk.

With Poseidon having very recently completed sea trials, it is unlikely that Skifs have been deployed to the seabed. Therefore, time is of the essence to establish an effective ISR network to monitor and identify the locations of Skif deployments.

In Part III of this series we will discuss the Atlantic Undersea Defense Network (AUDEN), a prototype for Strikepod defense of coastal installations from Poseidon and similar micronaval weapons, and its integration into the broader missile defense framework.