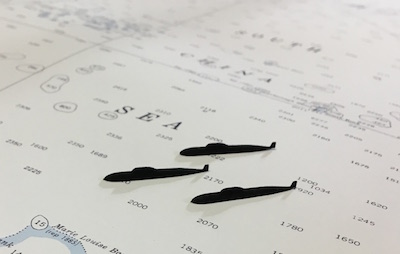 Operation Eminent Shadow has been expanded to cover a broader area of the South China Sea.

In the largest sortie of Atom-class microsubmarines to date, twelve three-ship Strikepods have been deployed to locations in the South China Sea on a mission to monitor Chinese Haiyi ("Sea Wing") gliders.