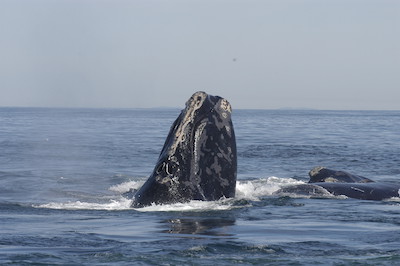 Through a unique partnership with marine conservation and environmental organizations, Strikepods will be deployed to the waters off New England and Nova Scotia to protect the highly endangered North Atlantic right whale.

Despite enjoying protection since the 1930s after being hunted nearly to extinction, the North Atlantic right whale population has struggled to rebound.

Operation Northern Swarm will augment protective measures currently in place by providing persistent and wide-area monitoring of the whales as they dwell in their feeding grounds off the New England coast.

For the first time, sophisticated anti-submarine warfare (ASW) technologies and tactics will be brought to bear against threats to marine life.

Operation Northern Swarm is currently scheduled to commence in the Spring of 2019, after the whales migrate north from their calving grounds off the coast of the southeastern United States.