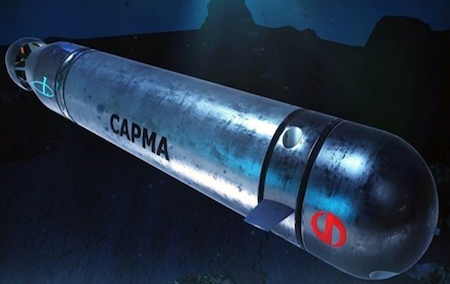 A September 17 TASS report indicated that Sarma, a Russian uncrewed underwater vehicle (UUV) currently under development by Lazurit Central Design Bureau, would be capable of long-term autonomous navigation and communication beneath the Arctic ice cap. A September 21 TASS report further indicated that Sarma's long range and endurance would be enabled by a Russian-built hydrogen-oxygen air-independent power (AIP) system.

Developing an AIP system for a UUV poses a unique set of technological challenges, but it is achievable for Russia's highly skilled and experienced submarine industrial base. There is also precedent for AIP integration into Western AUVs.

A greater challenge than energy will be underwater navigation and communication, challenging even under ideal environmental conditions, but more so in the Arctic where the ice pack largely prevents UUVs from surfacing to obtain a navigational fix or to transmit/receive data and tasking, and where dynamic conditions make for complex acoustics. In general, there are four ways autonomous underwater vehicles (AUVs) can navigate while submerged beneath the ice:

Long-range under-ice navigation and communication would necessitate a substantial deployment of supporting infrastructure. During ICEX 2020, for example, researchers from General Dynamics Mission Systems and MIT utilized "ICEX Tracker" - four acoustic buoys anchored to the ice, spaced just 2000 meters apart, and suspended between 30 and 100 meters beneath the icepack - to remotely control a single Bluefin-21 UUV from a nearby encampment.

Russia has ambitious plans to exploit the rich natural resource deposits found in the Arctic basin, and to defend its regional economic interests. Sarma will have a role to play in both endeavors. 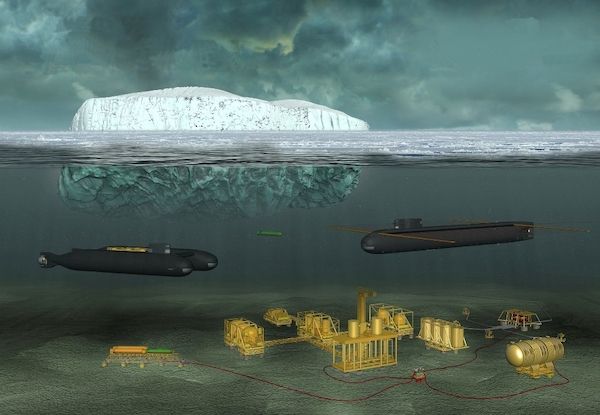 While years away from operational deployment, Sarma represents Russia's continued commitment to advanced autonomous underwater systems as a means to both exploit and secure its Arctic economic interests.