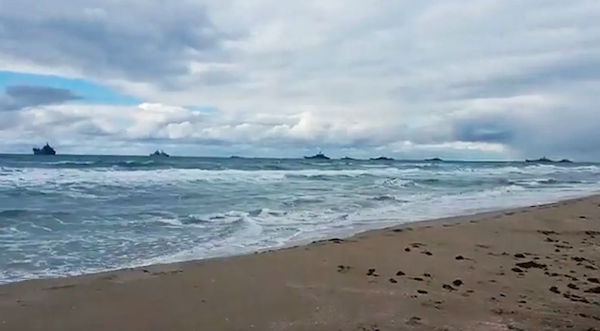 RU warships operating in the Black Sea have launched cruise missiles against targets inside UKR, and there are indications that an amphibious assault on Odessa could be imminent.

Satellite imagery from today shows that the ships spotted off the west coast of Crimea last week have largely remained there.

These ships are not far from the Southern Naval Base in Donuzlav Lake.

They are Back! Russian Navy landing ships staging off Crimea

Same last week but they returned to port. Threat of landings near Odessa, Ukraine, reduced

But last couple of days people have been watching them gather again. Confirm LST (landing Ships).

Russian Landing Ships seen heading towards Odessa, today. Now on Naval News. This is fluid, but may update as we learn more. https://t.co/ZB1oAiOThd

UKR has few options to deter or defend against Russian naval operations in the Black Sea.

UKR may possess a modest mine warfare capability, and circumstantial evidence suggests that UKR has deployed sea mines in the approaches to Odessa and possibly delayed a RU amphibious assault. 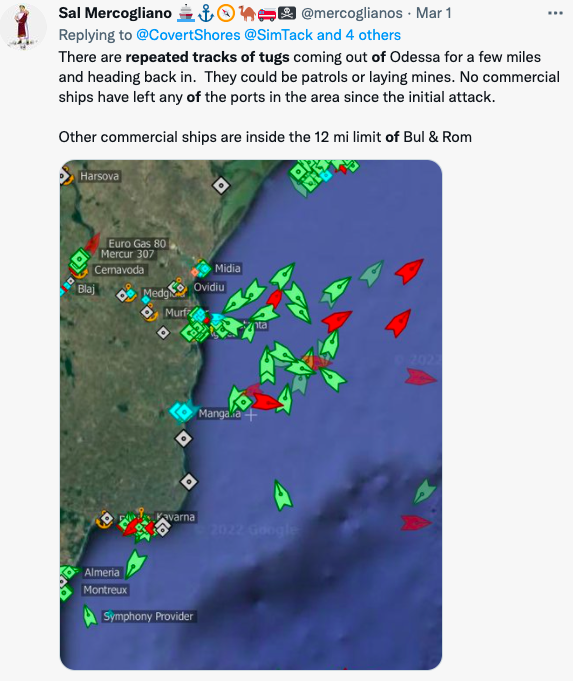 Closer examination reveals clear signs that the lead vessel of the column of landing ships was acting as a minesweeper, towing a sweeping device. pic.twitter.com/aCr5eOK8QK

Given its limited conventional sea denial capability, UKR could resort to unconventional naval tactics, such as commandeering civilian watercraft and converting them into WBIEDs to attack RU warships.

There are several factors and countermeasures that could limit the use or effectiveness of WBIEDs: