Some Thoughts on Unmanned Linguistics 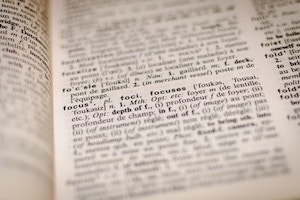 The modern military lexicon is defined by a dizzying mix of acronyms, neologisms, and an ever-evolving phraseology of conflict. The 2019 Joint Chiefs Dictionary of Military and DoD terms weighs in at 376 pages, 30 of which are devoted to acronyms alone. C3, CDRUSSTRATCOM, and CONOPS abound, and with good reason, as the often long and complicated names of weapons, sensors, commands, programs, and operations would make for exhausting and inelegant prose. But while acronyms provide clarity and consistency, and, in the era of 140 characters or less, economy, they can be problematic if the underlying terms are imprecise, confusing, or misleading.

Unfortunately, the world of unmanned systems possesses an alphabet soup of confusing acronyms all its own. For example, a remotely operated vehicle (ROV) is technically unmanned, operates under the sea, but is physically tethered to an operator situated either on the surface of the ocean, or within a manned submersible. However, in the air, unmanned aerial vehicles (UAVs) are remotely operated (i.e. piloted), but are not physically tethered to the operator. Meanwhile, the term UAV, in non-military circles, is gradually giving way to "drone," an unfortunate colloquialism, as "drone" is often used to describe someone or something with a very narrow area of responsibility, and little or no autonomy, and we see this now bleeding into the undersea domain with the term "undersea drone" describing such programs as Orca and Poseidon.

It is the notion of autonomy, however, that poses the greatest linguistic challenge. The term "autonomous" is highly elastic, and can imply anything from simple decision trees, to algorithmic operations to full-blown lethality. There is no clear-cut threshold for what constitutes an autonomous vehicle, no industry or scientific standard (though it has been proposed), and so, in the undersea domain, the result is that the terms UUV and AUV are often used interchangeably. But depending on how we define autonomy, in many instances a UUV may not, in fact, be an AUV. But in all instances, an AUV is a UUV - it is unmanned, it operates under the sea, and it is a vehicle.

Meanwhile, on the surface, the Navy continues to refer to unmanned surface platforms as vehicles, as opposed to vessels. While there are no size restrictions in referring to something as a "vehicle," it is interesting to consider that the planned Large Unmanned Surface Vehicle (LUSV) will be nearly 300 feet in length and have a full load displacement of 2000 tons, and will be designed with operation on the high seas in mind. Is the distinction between a surface vehicle and a vessel derived from the level of autonomy? If the platform is remotely operated, with a human in the loop (as opposed to on), is it then a vessel?

And increasingly, there are questions as to the distinction between a vehicle and a vessel when operating on the high seas. The distinction is critical when considering the application of treaties, such as UNCLOS (United Nations Convention on the Law of the Sea) or CUES (the Code for Unplanned Encounters at Sea), neither of which makes any mention of "vehicles." And so, if there are advantages to establishing unmanned undersea and surface systems as vessels, then there will need to be a "branding" change in order to facilitate this.

At Strikepod Systems, we sometimes operate in the gray area between fiction and reality, and so it is in our interest to establish a consistent nomenclature of our own. As such, we have decided on "microsubmarine" when referring to the array of autonomous unmanned undersea vehicles that inhabit the world of Strikepod, and "micronaval" when referring to the sum total of platforms, systems, and concepts underpinning autonomous undersea conflict. The term microsubmarine is consistent, and better reflects the nature of the platform. UUV/AUVs are, in fact, submarines, and submarines do have size qualifiers (midget, mini). In terms of scale, mini comes before micro, and since nano is typically reserved for the ultra-tiny, the "micro" prefix seems fitting for our purpose. And as artificial intelligence continues to evolve and rapidly increase in sophistication, true autonomy will come to be assumed in unmanned undersea vehicles. The term microsubmarine reduces linguistic clutter without misleading or oversimplifying while embodying both the nature and capabilities of this revolutionary new naval platform.