The following intelligence report is a work of FICINT (fiction intelligence). It details the development of an indigenous Iranian UUV, the Azhdar, and is based on an alternative history published with Divergent Options in October of last year.

On the morning of May 12, 2019, four oil tankers - two Saudi, one Norwegian, and one UAE - were attacked while anchored off the Port of Fujairah, UAE.

We believe that the Fujairah attacks were carried out using an Iranian UUV, the Azhdar ("Dragon").

Given the IRGCN’s experience with offensive mine warfare, and the fact that the Iranian Revolutionary Guard Corps and IRGCN have historically been skilled early adopters of unmanned technologies, we anticipated that Iran would seek to acquire an offensive unmanned undersea capability through illicit acquisition or indigenous manufacture.

The Azhdar originated as a repurposed IRIN (Islamic Republic of Iran Navy) e-Ghavasi swimmer delivery vehicle (SDV), a "human torpedo" style of SDV, which, with modifications, is capable of launching from a standard torpedo tube.

While we initially believed only a single testbed existed, we now believe that four repurposed e-Ghavasi SDVs were used in the May, 2019 Fujairah attacks, and that the vehicles were launched from an Iranian undersea platform, possibly a Kilo-class submarine or, more likely, two Ghadir-class submarines.

Emboldened by the success of the Fujairah attacks, the Iranians have significantly expanded the Azhdar program, diverting resources from the indigenous Valfajr and Hoot torpedo programs to develop a more advanced version of the vehicle. The result is a mobile, stealthy, highly lethal weapon that will be highly effective in Iranian gray zone operations, and could hold U.S. warships at risk during a full-scale conflict.

The Azhdar is essentially a semi-autonomous mobile mine (or low-speed torpedo) that can be programmed to detonate at a particular time or place, or when influenced by sensory inputs.

The Azhdar is 8 meters long and 533mm in diameter, making it compatible with standard torpedo tubes. The vehicle’s forward diving planes, bilge keel, coms/sensor masts, and handling lugs are recessed into the hull and spring loaded to deploy upon launch. 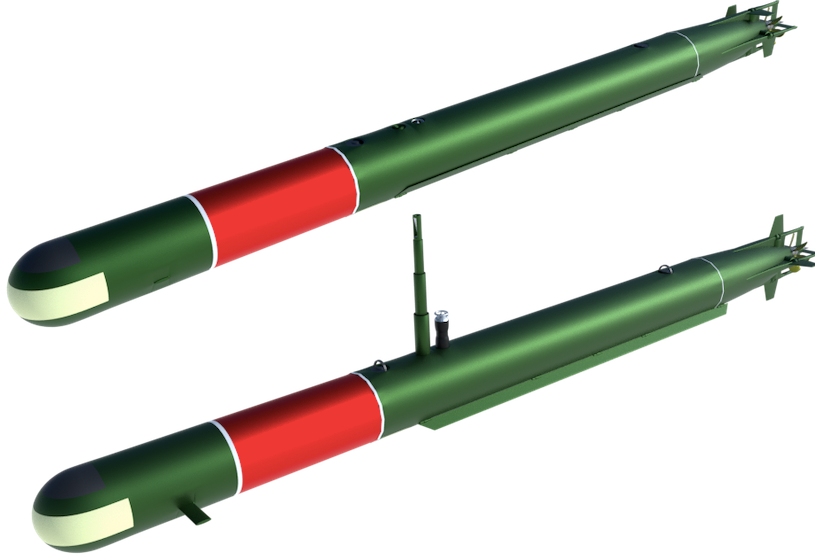 The rear stabilizers are designed to unfold on launch in a manner similar to a TOW anti-tank or Tomahawk cruise missile. 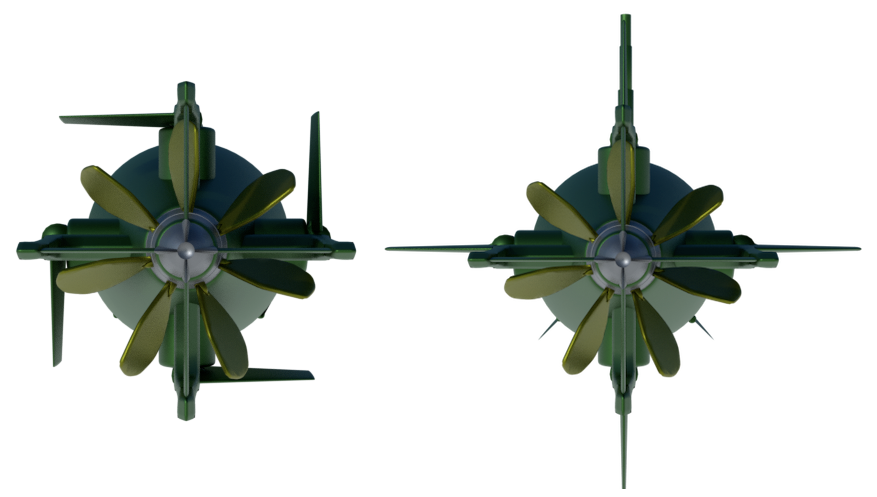 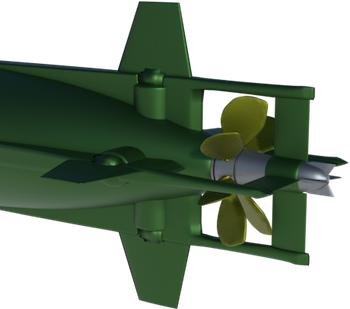 By integrating propulsion technologies from the Valfajr and Hoot torpedo programs, the Azhdar is capable of reaching speeds of 18-25 knots, enabling it to pursue and strike moving, as well as stationary, targets such as transiting commercial shipping vessels and warships. A Li-Ion provides 50 volts of power, enabling approximately 20 hours of endurance and 127 km range when in Active mode.

Iran leverages a robust network of shell companies and intermediaries to acquire a range of COTS unmanned undersea technologies, such as accelerometers and gyroscopes (used in inertial guidance systems), marine magnetometers, electro-hydraulic pressure sensors, and underwater modems. Iran has also harvested sensor technologies from its sizeable inventory of floating, moored, and bottom mines, successfully integrating them with the onboard processor and the vehicle's warhead.

The Azhdar is a force multiplier for the IRGCN, combining the sea denial capability of conventional offensive mine warfare with the stealth, mobility, and plausible deniability of unmanned undersea operations. It is a game-changer for Iranian seapower, with far-reaching implications for the United States and its regional allies.